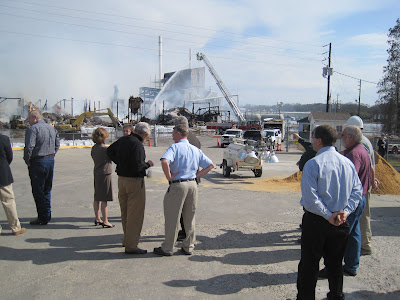 City, county, state and company officials survey the fire fighting efforts to quell the hot spots still smoking from the fertilizer plant fire. There was significant property damage but no injuries from this major blaze. 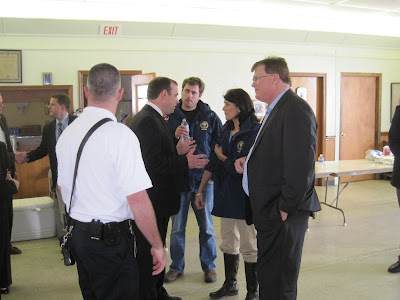 From all reports, the coordination among city, county and state emergency responders to the fertilizer plant fire worked really well and was continuing on Wednesday afternoon as the Governor was in the city to get a close view of the situation. 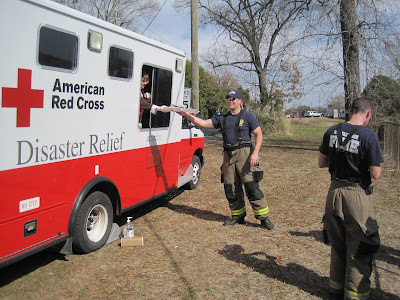 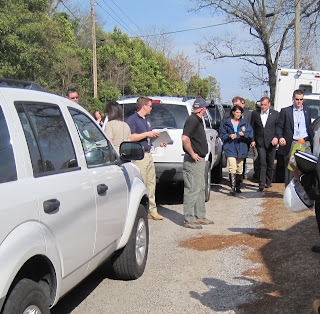 Governor Haley arrives at the American Legion Hut in Hartsville to begin a short discussion with emergency responders and local officials. Accompanying the Governor are Mayor Mel Pennington and Representative Jay Lucas.
Posted by rapsc at 2/16/2011 03:45:00 PM