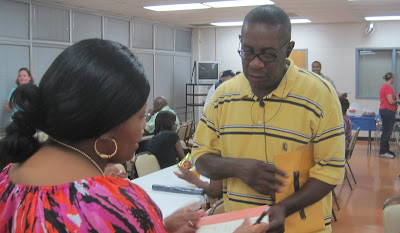 Charles Bethea, a Coker College student at the Marion/Mullins campus. was getting students at the campus to sign a card for one of their own who had recently been diagnosed in breast cancer. He had garnered a lot of signatures from his fellow students. 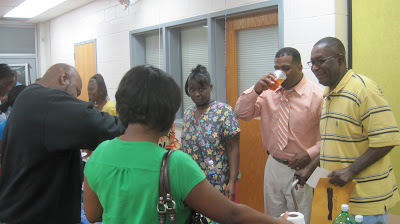 One thing that becomes quickly apparent when teaching in the evening program at Coker College is that all the students seem to have a story. Some will tell the story and others just continue building their story but you will find people balancing a lot of things in their quest for their college degree.

Lapoleon "Charles" Bethea has one of those stories. At 55, he is one of the older but not the oldest of the students at the Marion/Mullins campus. He graduated from Dillon High School in 1974 and went straight into the work force - not even considering the possibility of college. But now, on disability because of a stroke, a heart problem and twice broken neck, he has focused on a dream and a challenge of getting a degree in psychology that will allow him to take many of his volunteer activities to the next level.

At the Monday night Homecoming gathering, held between the early and late classes, Charles shared a little of his story with his fellow Coker students. He told them about fighting his way back from a 2008 stroke and deciding in the recovery that "I had not lost the will to keep going." During that recovery friends would stop by to check on him and talk about things. A few of those friends were pursuing their college degrees and the spark caught and Charles had a new dream. "I worried that I might not be smart enough or that I might not remember all that I needed to remember but they did it and I thought I could too." So, in 2009 he began his Coker career.

Charles notes, with more than a little surprise, "it was not as difficult as I might have thought. There is always someone a fellow student, a faculty member or a Coker staff member who is interested in helping." Charles, who had loved reading for most of his life, finds that nowadays he is reading psychology texts, or philosophy articles more than his favorite western author, Louis L'Amour, but he his enjoying it at least as much. He describes how his psychology instructor, Dr. Brown brings experience to the classes and how she imparts "so much insight." He notes the challenge of being forced from his normal thinking by a Dr. Isley-taught philosophy class. "He forced you to think out of the box."

Charles is walking with some crutches and a boot on his leg from a recent fracture but he is at class each night. With all of his medical troubles, and they are frequent, he says he has only missed about three class nights over these past three years.

A native and resident of Dillon, he got to live a lot of places as a construction worker during the 1970s and '80s retuning to Dillon in 1990 to recover from a heart attack. Despite health issues, he has been Chairman of the Dillon County First Steps, he is a Guardian Ad Litem and works with a variety of activities and groups in Dillon to build his community. He is certain that the quality education he is getting through the Coker ALPHA program will allow him to build on his volunteerism and find new, more effective, ways to continue helping people.

Charles Bethea is one of the many stories of adults who are back in college working toward a dream deferred and as they tell their stories, it is easy to feel the impact the Coker College ALPHA program is making within the Pee Dee community.
Posted by rapsc at 9/29/2011 11:32:00 AM 1 comment: 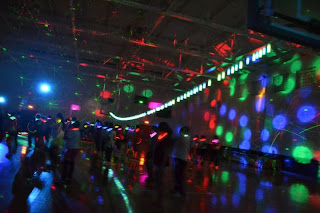 The Homecoming events for current students and alumni continue throughout the week.
Posted by rapsc at 9/27/2011 07:07:00 AM 3 comments:

Using this post to establish a link to a web story by WMBF and their coverage of Coker College. Interesting to see another perspective.
Posted by rapsc at 9/15/2011 08:25:00 PM 1 comment: 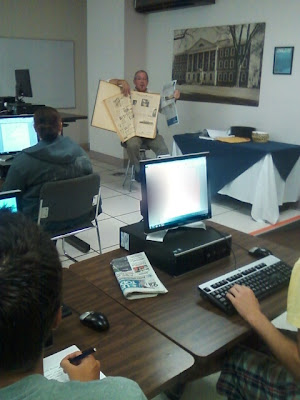 Bob Sloan, editor of The Hartsville Messenger joined the “Writing for Media” class at Coker College to tell the students about the life of a community journalist. “Visiting professionals give the students a new perspective about the class work and this is especially important in the field of journalism,” said R. A. Puffer, associate professor – communication.

The students wrote inverted pyramid stories on the visit, taking the perspective of reporters for this exercise. I hope some of the students will post their stories as comments to the Blog so they can see what they look like when printed in a public forum.

Many in the class commented that they found the visit productive and that they enjoyed hearing about the multiple jobs that are involved in being a community journalist. The Hartsville Messenger is part of the Media General media corporation.
Posted by rapsc at 9/12/2011 03:41:00 PM 1 comment: 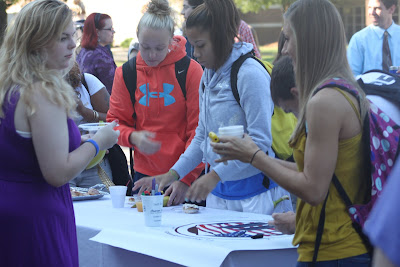 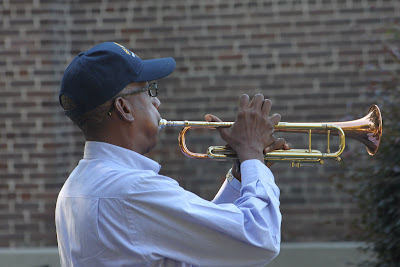 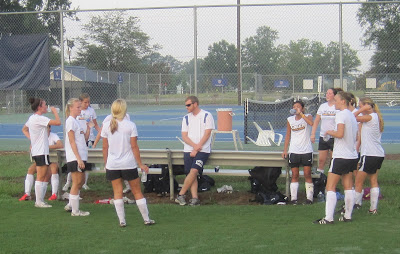 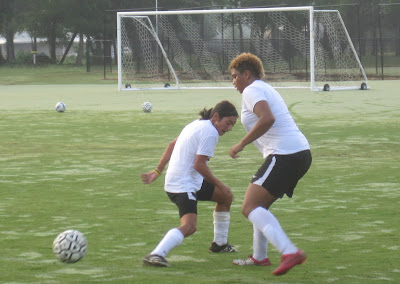 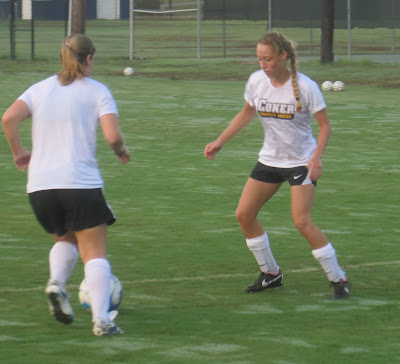