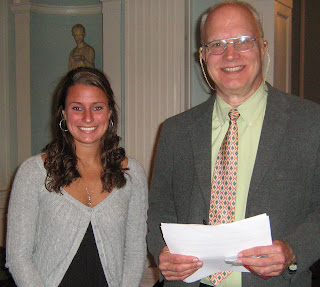 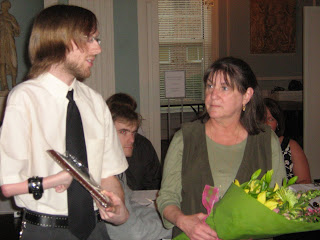 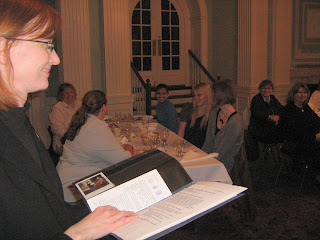 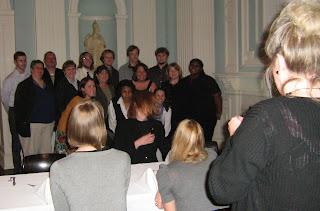 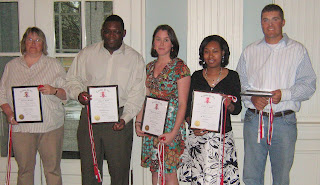 At Coker College, the home of Communication is in the Literature, Language and Communication Department. On March 25, 2009, that gave the three different concentrations an opportunity to join in recognizing those students and faculty who were being inducted into the various Honor Societies. Dr. Lellis, professor of communication, has been the long-time adviser of the Lambda Pi Eta Communication Honor Society on the Coker campus. This year seven new members were inducted into the Society. Lindsay Crighton, who was inducted previously, joined in the induction ceremony. The seven new members included: Kat Friedmann, James Fields, Tom Oschip,Sheila Braddock, Crystal James, Rachel Croyle and Jessica Barnes.

The English Department has probably the longest existing honor society on the Coker Campus, 77 years. Dr. Lois Gibson, adviser for Sigma Tau Delta, was honored by the group for her years of service as adviser as she will be retiring at the end of the academic year.

For the Foreign Language area, Dr. Cathy Cuppett inducted the new members for that group. While most of the groups sat at their own tables, this was an opportunity for "table cloth" meal and some real honor to those whose academic performance allowed them to apply for membership. All of the Honor Societies have high academic requirements.
Posted by rapsc at 3/26/2009 08:25:00 AM