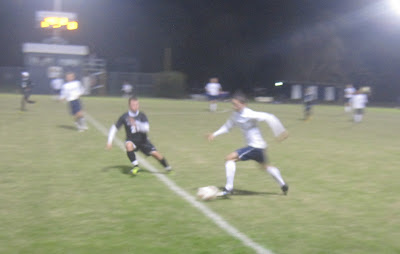 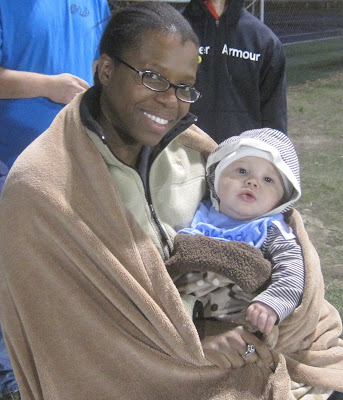 The Coker College Men's soccer team will begin play in the Carolinas Conference Tournament on the Coker campus at 7 p.m. Tuesday night. For the first time ever, Coker is going into the Championship series as the Conference Champions as they topped St. Andrews 3-0 on Saturday evening. The team enjoyed celebrating following that victory as the video on this page shows. Coach Paul Leese has been aiming for this goal since taking over the reins of the Coker men's team three years ago. His wife and baby were on hand to watch this first conference championship.(photo)
Posted by rapsc at 10/30/2011 07:56:00 PM