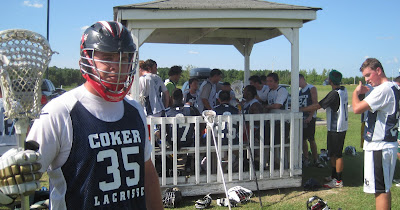 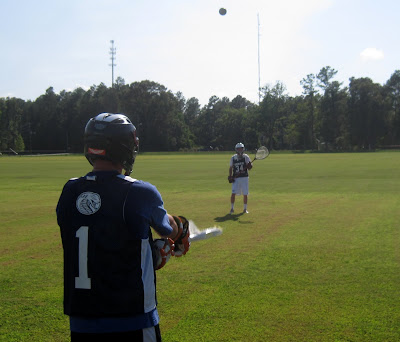 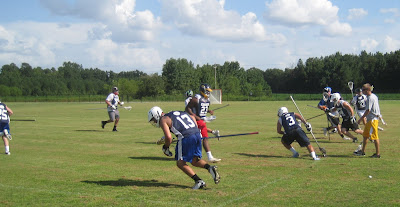 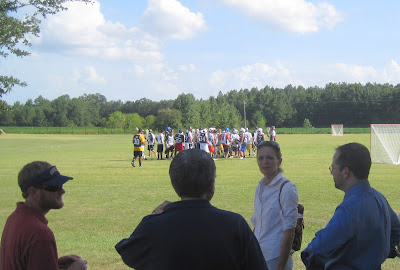 Lacrosse, billed as the "fastest sport on two feet" made its debut at Coker College on Thursday, August 25, 2011 as Coach Tony Smith put his new Cobra team through their first workout as a team. It was an exciting day for the players, who smiled through the pouring sweat enjoying the feeling of finally getting onto the field.

There is little doubt that lacrosse at Coker is going to draw some attention this first year. Turns out the guys are going to do a little scrimmaging on Saturday afternoon, so if you want to see a little more than running, Saturday may be the day.
Posted by rapsc at 8/25/2011 08:40:00 PM