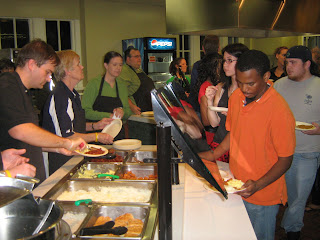 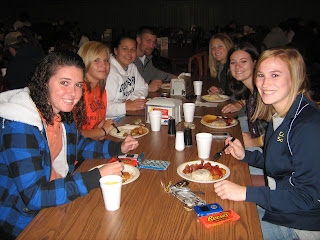 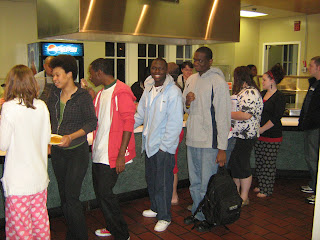 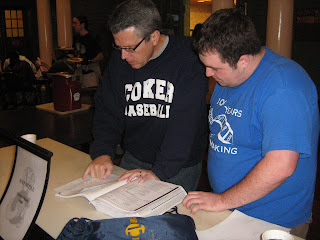 The Coker College Late Night Breakfast broke all kinds of records on Thrusday, December 4. There were faculty and staff there in double-digit numbers to help with the cooking, cleaning and serving and this groups served a record number of students between 9 p.m. and 10:30 p.m. This event is held the night of the last day of classes for the day students and seems to be a hit with students; who often complain about dining hall food but showed up at least 30 minutes before the doors opened for the late night pancakes, bacon, sausage, eggs, biscuits, tater tots and probably several other breakfast favorites. Took some photos of the event that are on the Picasa web.

This was the first Late Night Breakfast for President Robert Wyatt, who, before the night was over found himself tutoring one of the Coker seniors in some business material.
Posted by rapsc at 12/04/2009 03:35:00 PM