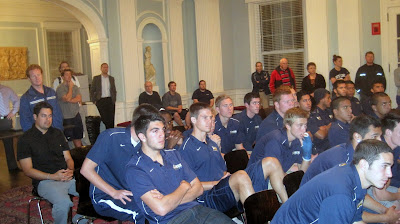 For more information, scores and highlights from the 2011 NCAA Southeast Regional Tournament visit the Coker Athletics website www.cokercobras.com.
Posted by rapsc at 11/07/2011 08:32:00 PM