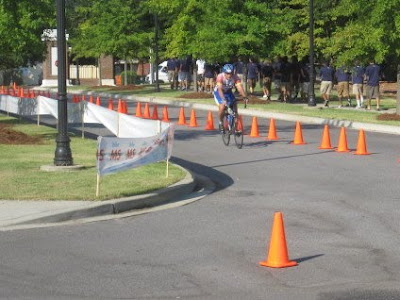 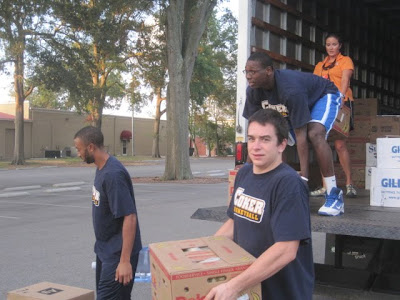 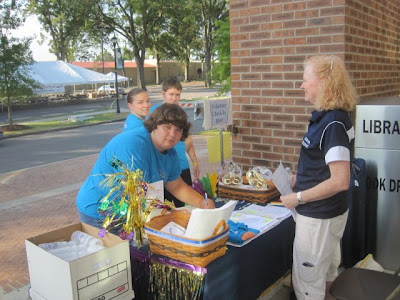 The large parking lot in front of the Library and Information Center on the Coker College campus was transformed on Saturday (9-25) into a major bicycle parking lot and lunch area as 1600 runners were stopping for some fast rest, easy to eat lunch and some encouragement and cheers before heading on their way to the Myrtle Beach finish line. Reports were that more than 200 volunteers were working to help the event happen at Coker with many of those volunteers students from many organizations and athletic teams on campus. Dee Pierce, one of the major organizers for the event, said she had been told Coker had more volunteers signed up than some other larger colleges. This was a different way of being able to showcase the college and Dr. Robert Wyatt, president, noted that probably a thousand people who might never have heard of the college (these riders) were now aware of both Coker and Hartsville. Hope some of the photos of the scene are uploaded here.

On a side note, one of my old friends and now a Facebook friend commented on one of the photos with a thank you to those volunteering because she is one with MS who could benefit from the research dollars raised to fight the disease.
Posted by rapsc at 9/26/2010 08:42:00 AM