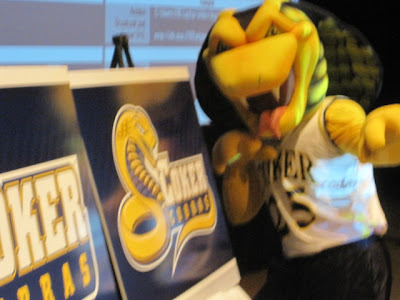 On Tuesday, June 22, Coker College unveiled a new, aggressive, fierce Cobra as the Mascot of the new era. Read this article on the web at http://cokercobras.com/article.asp?articleID=2112.

The Cobra was unveiled with a couple of hundred Cobra fans on hand, including nearly 70 students who will be entering Coker in the Fall.
Posted by rapsc at 6/22/2010 03:58:00 PM