Seussical Junior Actors getting in character(s) 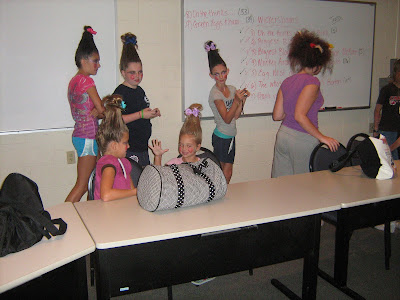 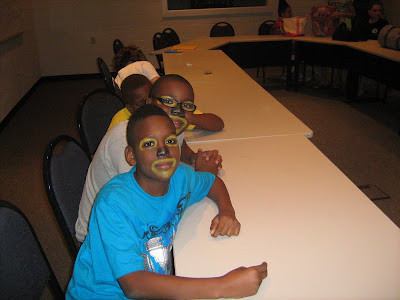 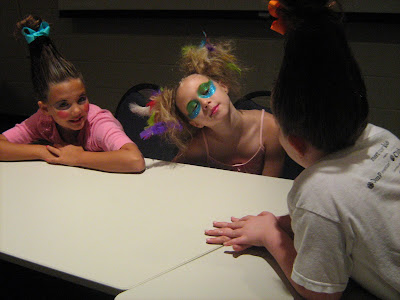 Here are some photos of actors getting ready for some serious rehearsals of Seussical The Musical that will be staged at Coker on Thursday and Friday evening.


As I sit in my office there is a constant buzz coming from the Performing Arts classroom as the youngsters in the musical camp sing of the songs that are featured in Seussical The Musical, which will be presented at the end of this week as the culmination of the Coker College Theater camp for young students.

Phyllis Fields, who is directing the camp, just came by the office asking if this was not a cute bunch of actors.(there are some photos, so you can judge) The camp employed a number of Coker students and graduates who seemed to enjoy sharing their love of the theater with the youngsters.
First Paragraphs of News Release on this performance
HARTSVILLE, S.C. – July 18, 2011 – Students enrolled in Coker College’s Summer Performing Arts Camp will present “Seussical Jr.” in the Elizabeth Boatwright Coker Performing Arts Center at 7:30 p.m. on Thursday, July 21, and Friday, July 22. Tickets are $3.

The day camp, “Singing & Dancing & Acting,” which served 23 area students aged 10-16 and ran from July 11-22, focused on singing, dancing, acting and a bit of technical theater.